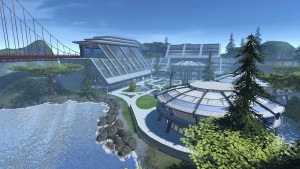 This guide should just describe the basics in Star Trek Online’s Space-PvE.
It’s written for beginners and everyone else, who wants to learn more about the game.

As you can see all three careers have the same skilltree.

Not all points are spend into those skilltrees, so you have room for your own creativity. If you want to take a torpedo with you, spend some points in projectile weapons. You are using some abilities, which do exotic damage? Then you should put some points into particle generators.

If you want to know, what every skill does, you can take a look into this spreadsheet.

Furthermore there is a Diminishing return in the resistances. That video podcasts explains it.

You can choose out of some traits. Some traits are available for everyone and some other depend on the career or the race. There are also some traits, which you can get from episodes and others from lockboxes. The lockbox traits can be very expensive and not everyone can afford the money to buy them. Since the Trait System Improvements went live on holodeck all characters come with some usefull free traits, you can use them, if money for lockbox traits can’t be afforded.

Personal traits are split into two sections: Ground and Space. You have 9 (10 if character is an alien) slots for ground traits and the same amount of slots for space traits.

Traits can be changed in every social zone.

It doesn’t matter, what traits are used for episodes, because the enemies there are weak.

We are recommending the following personal space traits:

An alien has an additional trait slot, you can slot “Helmsman” (Tal Shiar or Infinity Lock Box / Exchange) there. Tacticals should use “A Good Day to Die” (Lockbox / Exchange) to get a 50% GDF all the time.

As a small note: None of the expensive traits is needed to be successful in Star Trek Online’s PvE. You can find more information about traits here.

For space missions the following passive reputation traits are recommended:

The active ones depend on what you are doing. If you are doing space missions, just choose the ones for space.

Like personal traits, reputation traits can be changed in every social zone.

For Space you should choose intelligence as primary and pilot as secondary. From intel, you’ll get spaceflanking and intelligence fleet. From pilot you’ll get more maneuverability as well as temporary hitpoints in addition to Rock’n’Roll (an immunity). Like personal and reputation traits, specializations can be changed in every social zone.

Mostly you get them from completing specializations or from the final mastery of T6-ships. Not from fleet T6-ships. Starship traits can be changed in every social zone.

Activating a Tactical or Command Bridge Officer ability will reduce the recharge time of Science Bridge Officer and Captain abilities. This may only occur once every five seconds.

If that trait is slotted activating Energy Siphon, Tachyon Beam, or Tyken’s Rift Science Bridge Officer Abilities grants a buff which grants immunity to energy drain, reduces energy weapons power usage, and increases your subsystem power levels for 10 seconds. This buff may be triggered once every 30 seconds. Use it together with Attack Patterns and Fire at Will, because you don’t have power drain while that trait is active.

While reduced to very low hull, your ship becomes undefeatable for a short amount of time. During this window all incoming hull and shield heals receive large boosts. May activate once per two minutes.

+2% All Damage Bonus per 2 seconds spent at Full Throttle (max 10 stacks). All stacks immediately lost if your throttle is dropped.

Cannon Scatter Volley or Beam Fire at Will provide +1 Energy to all subsystem power levels per target hit for a short time. This bonus stacks up to 20 times.

+10%-50% all damage, based on number of allies targeting your target. Hangar pets don’t count! It’s only baseDMG, but still good for plasma explosions.

If you are missed, all cooldowns of tactical and intelligence bridge officer abilities are reduced by 10%.

Any hull heal heals additional 25% in a radius of 3km for 4 seconds.

You can find more Traits in the STOWiki.

Most people think, that their ship is determined by their career: An engineer has to fly a cruiser, a science has to fly a science ship, a tactical has to fly an escort. But that is wrong. There is no classical trinity in STO. You can do the content better with more damage, so the tactical outperforms the other careers in every ship, because he has Attack Pattern Alpha, Go Down Fighting and the tactical fleet.

Speaking in general a ship with as much tactical bridge officer abilities, tactical consoles and science consoles as possible is recommended to use, for the reason that they increase your DMG significantly.

Use Vulnerability Locators from the fleet spire in your tactical slots and Plasma-Generating consoles (the ones with plasma explosions) from the fleet embassy in your science console slots. It depends on your bridge officer layout, if you should use the embassy consoles with +EPG or +DrainX (old names: +PartGen or +Flow). Also they are available with increased and decreased threat generation. Usually you should go with decreased threat generation.

There are some standardized bridge officer abilities, some of them are supported by duty officers (Doffs).

Tactical Team: You should use two copies of that or, if don’t have enough slots for that, one copy of it with conn officers (2 purple or 3 blue) to reduce it’s cooldown.

If you have more than two tactical abilities, you also should use an Attack Pattern Beta.

Moreover it’s recommend to use your abilities with the keyboard and not to click them. Learn more about that in this video.

You should get deflector, engines, core and shields from the iconian reputation. As an alternative the romulan engine could be used instead of the iconian one. But that’s more for a tactical than a science or engineer. In most cases the iconian 4 piece is better. The 4 piece bonus is like an additional tactical console. But the most important part is the 3 piece. The bonus of that is for energy weapons and for allies within 10km. You’ll get up to +45% baseDMG from it.

Also you want to upgrade your iconian core at least to ultra rare, to get the AMP-modifier on it.

Every ship can be flown with beam arrays + kinetic cutting beam.

Manoeuvrable ships can be flown with Dualbeam banks in the front slots and omnibeams + kinetic cutting beam in the aft slots.

It’s highly important, that all energy weapons are from the same damage type (all antiproton, all phaser, all disruptor, …). Only exception is the kinetic cutting beam, which does kinetic damage.

The damage type doesn’t matter that much. Antiproton is a bit stronger than the other ones, but if you want to use phaser, feel free to use it. A Disruptor setup with the “Terran Task Force Disruptor Beam Array” (Terran Reputation), which increases the damage dealt by that array as target’s hull decreases (up to 200% damage at 25% hull), is a bit stronger than an Antiproton setup.

Your tacitcal consoles should support your damage type. Console – Tactical – Vulnerability Locator Mk XIV [+AP] is a console from the fleet spire to support antiproton, so look for the right modifier, when you are going to buy yours.

All of your weapons (except the cutting beam and if you are using Disruptor the Terran Task Force Disruptor Beam Array) should have [Pen] as a modifier. All combinations of [CrtD]/[DMG] + [Pen] are fine. The [CrtD]x3 [Pen] and [DMG]x3 [Pen] are good too, the efficiency depend on your Profession. But they are very expensive and the difference between those and the mix weapons is pretty low. If you can’t afford some weapons with [Pen] yet, Fleetweapons with [CrtD] [DMG]x3 are an alternative for you. For more informations about weapons check out Hellspawny’s Weapon Damage Calculator.

There are two important universal consoles: The assimilated module (Omega-Rep) and the Plasmonic Leech (exchange or Vandal Destroyer for KDFs). You get +16 energy for each subsystem from Plasmonic Leech with 2 points in Improved Control Expertise.

Universal consoles should be put into engineering console slots, because they’re least important. Tactical and science consoles are needed for damage.

Other good universal console are the Bioneural Infusion Circuits and the Tachyokinetic Converter. They are obtainable in the Lobi store.

As you can see the most important power is the weapons power, than auxiliary, than shield and the least important one is the engine power.

You should make sure, that you reach at least 75 in all power levels because of the Warpcore’s AMP-Modifier. But that shouldn’t be a problem as soon as you get Plasmonic Leech and/or Supremacy.

Here is as an example about power levels on a romulan warbird:

Hopefully this guide was helpfull, if there are any question let us know.