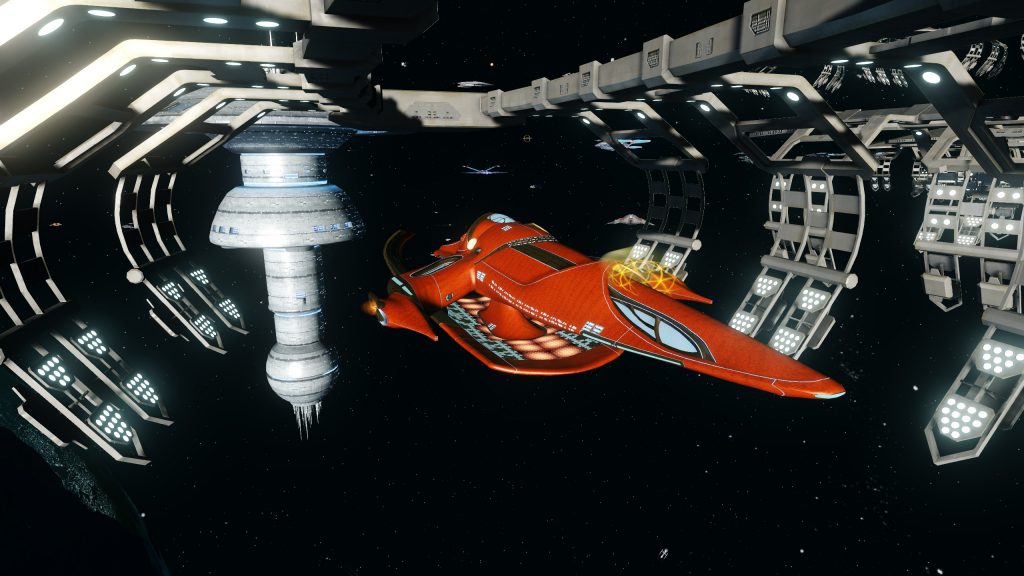 Who doesn’t like a good explosion? If explosions are your thing or like me you always bring C4 into a stealth mission then this could be the build for you.

Mines have always been a favourite of mine even going back 10 years when we could only run 2 mines launchers at a time. Over the past year we have seen a number of positive changes to mines so today I am going to take a look at the Vorgon Ytijara Dreadnought Cruiser. While this isn’t the highest DPS Minelayer, it works well over a wide variety of content due to the Vorgon console set bonus boosting mine speed.

The idea behind this build beyond lots of explosions is to passive tank so I can focus on piloting. While not essential the reason piloting matters is mines require a different piloting skill set which can have a massive impact on damage output.

With x3 Nurse Doffs and the Non-Baryonic matter hull regeneration from the set bonus I found that I can get away with swapping all my healing bridge officer powers out for combat related powers. If you really want to be sneaky there are two types of nurse doffs and the ground nurse doffs work in space. Freeing up all those space doff slots.

With the DPS setup I tend to run (Update: this is for the build I was running 2018, I do not use the heavy mine trait or Beam Overload in 2020)

For the Hybrid or tank variation I change to
ENG: x2 Power to engines 1, Endothermic Inhibitor 2, Structural Integrity Collapse 3, Either RSP3 or Emit Unstable Warp Bubble 3.

As I am an Engineer all my weapon mods are DMG where possible.

For consoles nothing is essential but I would strongly recommend the Covert Munition Deployment Console and Covert Mine Layer Suite Console. For Traits Hot Pursuit is extremely important as it can triple DPS output.  Not being far behind in usefulness is Holographic Mirage Decory trait which helps keep mines alive.

If the Vorgon Crusier is not for you Escorts can fit an experimental Graviton Implosion Charges
https://sto.gamepedia.com/Graviton_Implosion_Charges which is like a mini grav well every 4 seconds pulling enemies near each other, great for mines.

The Styx Terran Dreadnought Cruiser is a new high end mine layer, possibly the best mine layer in game at the time of writing.