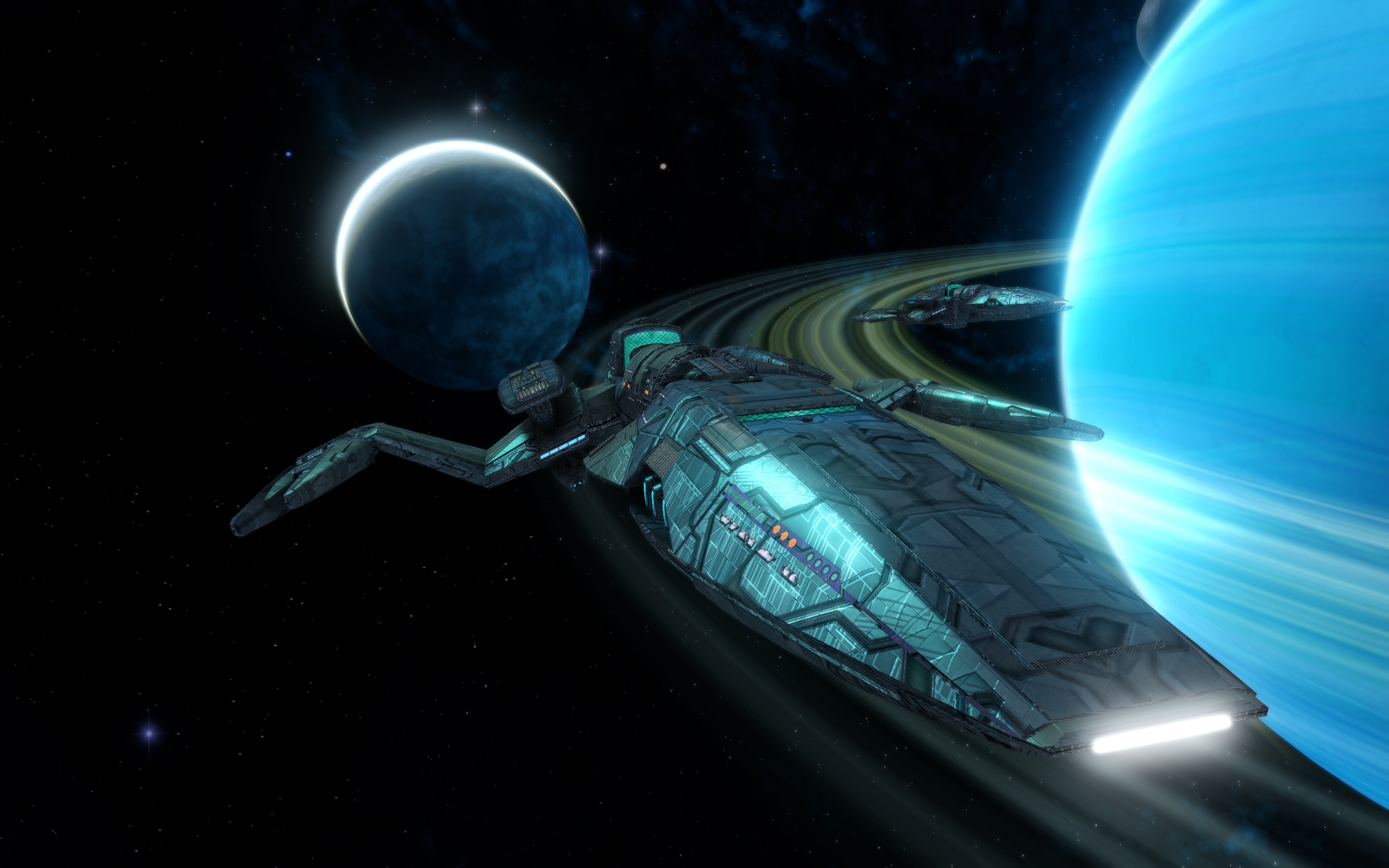 here are our suggestions for the Allied Pilot Escorts. All builds are for the changes after Season 13. All ships are non-a2b builds, since the boff-layouts aren’t that great for a2b builds. Enjoy!

KDF and Rom:
The ships are similar to the Fed builds, just choose the Science, Engineering or Tactical Escort 🙂

For the Experimental Weapons: The Protomatter Experimental Weapon is slightly stronger than the Voice of Prophets, feel free to use it instead of the Voice.
For KDF Toons and KDF alligned Romulans you could use the Disruptor Quad Cannon too. Feds could use the Kumari Wing Cannons and if they want the Phaser Quad Cannons.
Timeline Stabilizer could be used for the Cannon ships too, maybe instead of a locator or the 2 piece undine set bonus.
Promise of Ferocity is a great trait too and could be used instead of Honored Dead if you want more offensive traits. KDF and KDF alligned Romulans might use Shield Overload + Emergency Power to Shields instead of Honored Dead as defensive trait.

In case there are questions or suggestions, feel free to ask us ingame or below this post or show us your attemp on these ships!